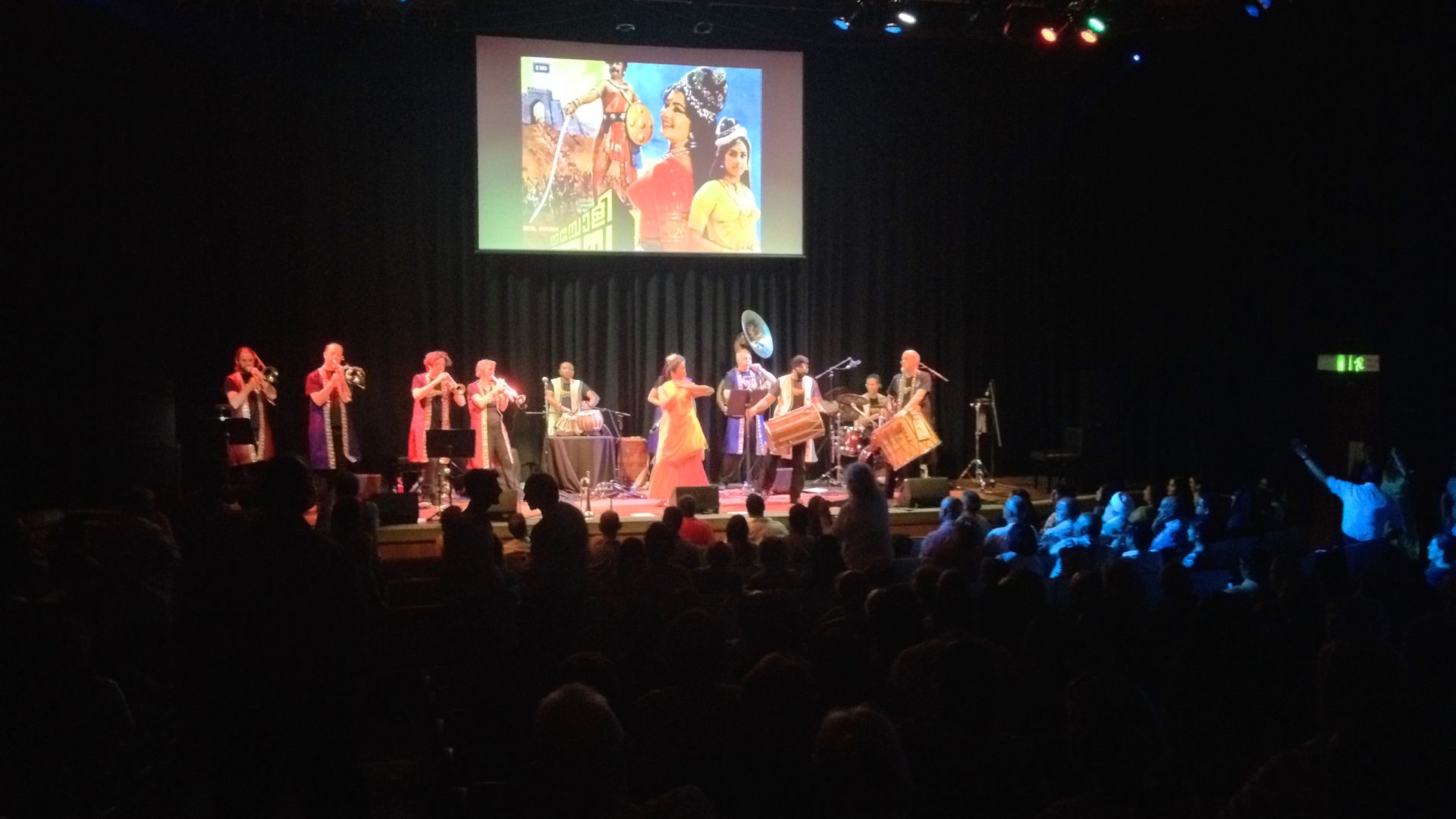 The Bollywood Brass Band have been together for over ten years and have travelled the world, taking their colourful carnivalesque act to over 25 countries. With six horns and four drummers the band’s live performance has been described as ‘a truly rambunctious affair’. They have performed at Glastonbury, Bradford and Cardiff Festivals, the Royal Albert Hall, London Mela, Venice Carnival, Sydney Ignite!, Oslo Mela and Oslo Opera House.

Spargo Productions managed a one-off performance  of music through 100 years of Bollywood movies. The band was accompanied by video projections from the best-loved Bollywood blockbusters and live dance from Bollywood dancer and choreographer Sita Thomas.